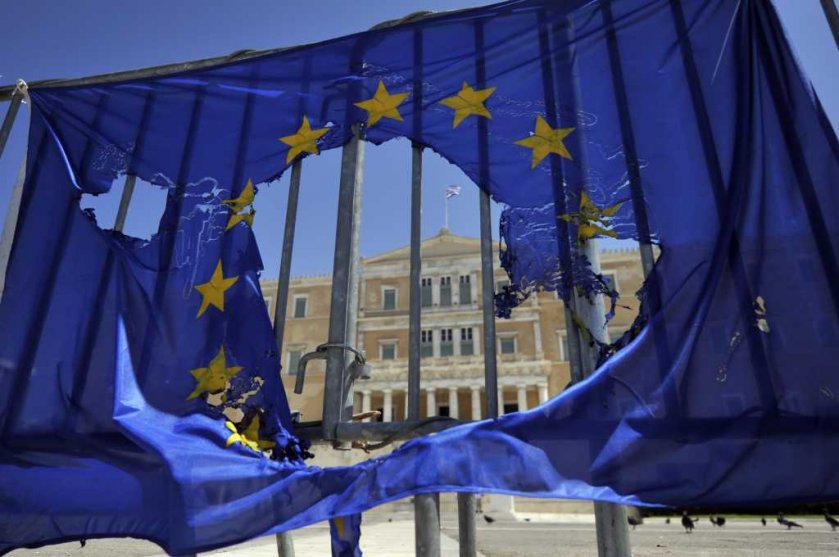 A great man, Father Kinoti, once explained that “often people rail against something because they sense its innate evil. They might not be able to articulate or fully discern what the slight is, but their heart informs them.”

Central banker, Mario Draghi (i.e., the Master of the European Universe) got what was coming to him. In my humble opinion, a protester extremely tastefully glitter-bombed the lead puppeteer of the European Central Bank.

As has been explained in a recent post, “Don’t Be So “Pretendtious!”; Pondering the State of the Union”, the central banks are in control. Freedom has been coyly transformed into a notion that old, ancient people once pondered or strove to attain.

Now, the question to ask is, “Does the “protester” have any clue about what they are protesting?” (Smart money says that the same protester is one to support the amalgamation of the once beautifully diverse Europe; oddly in the name of diversity.)

Does anyone have a clue about what makes Western culture STUPENDOUS and that it has wrought a world with increasingly less poverty on a per capita basis?

Why is it that we sacrifice so much in the name of weak constructs like multiculturalism, collectivism, and egalitarianism?

When a free market society functions, we vote constantly with our purchasing decisions! Liberty (more than a construct) reigns! (Still clueless? Read “The Responsibility of the Merchant…”)

The central banks are at the poker table trying to buy the pot, and they’re bluffing! There is not a plurality of decision-makers working to affect the financial markets, and this must necessarily be; so that the random, unnatural creation of the behemoth European Union can succeed.

While the glitter bombing protester’s heart is in the right place, I will go out on a limb and bet that she has no clue, like so many of her ilk, that she is getting what she wants. She is getting a Utopian, multicultural collective called the European Union.  She just doesn’t like how the medicine tastes; the medicine that is called helplessness and submission.

Look at yesterday’s article, “A New Event Within the Cycle of Lower Crude…”. The article begs the question that is extremely difficult to ask: What happens when or if crude oil catches a hard bid and the Euro continues to decline in value? How will European economies afford what is still the lifeblood of every economy?

One thought on “Glitter Bomb: Yeah!? What Did You Think Was Going to Happen? EU Forever?”