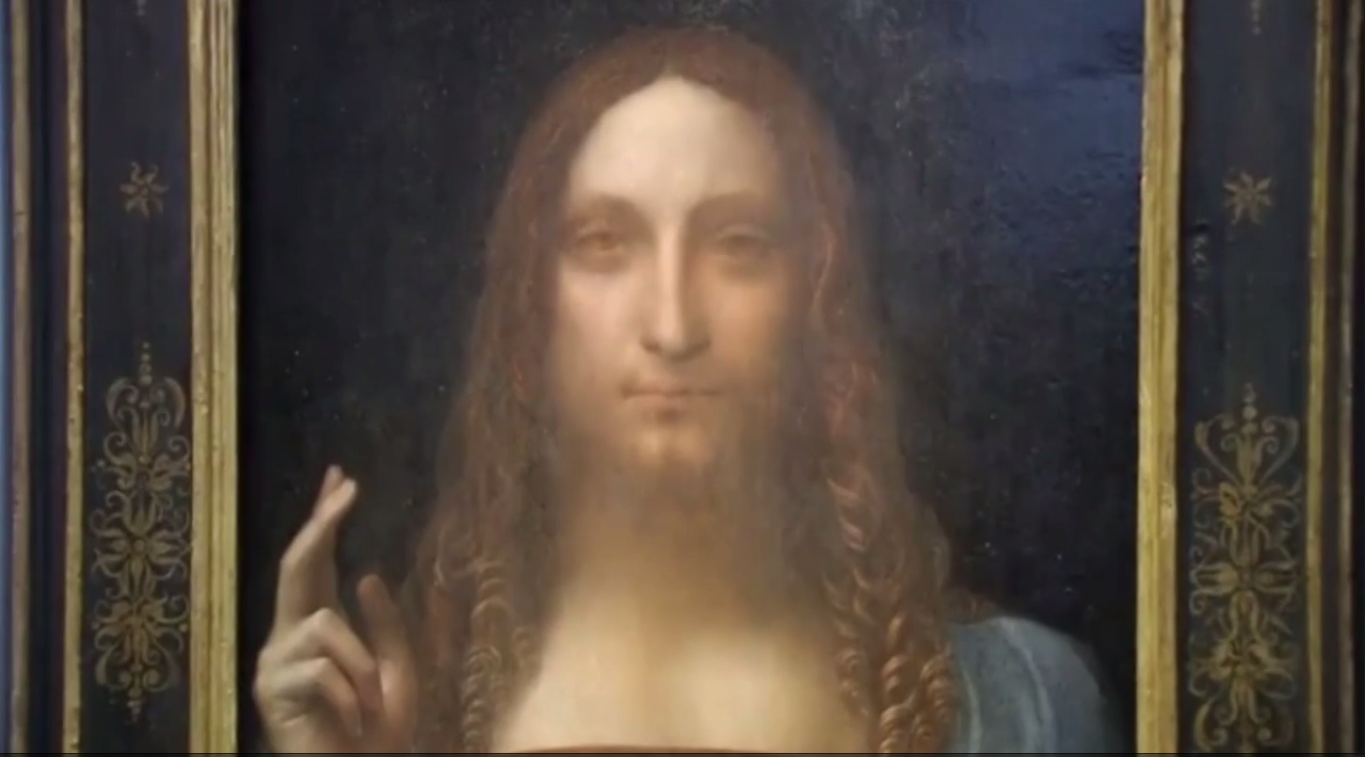 I guess nobody would have a clue if the New York Post or any other news outlet referred to the painting by its true name – so they call it the ‘male Mona Lisa’.

It’s the passion of the painting.

Leonardo da Vinci’s haunting last work, depicting Jesus Christ, is coming to New York this month and is expected to fetch an estimated $100 million at a November Christie’s auction, a spokesperson said.

“Salvator Mundi is a painting of the most iconic figure in the world by the most important artist of all time,” Loic Gouzer, chairman of post-war and contemporary art for Christie’s New York, said in a statement released by the auction house.

The historic painting is one of fewer than 20 that can be attributed to the Italian master and the only one that’s privately owned.

Dating from around 1500 — about the same time the Mona Lisa was painted — “Salvator Mundi” or “Savior of the World,” sets Christ in royal blue robes against a dark background, facing the viewer and holding a glass orb in his left hand.